The all-new All-American Series debuted last Tuesday night as the Late Models made their return to SARA competition with a pair of 50 lap feature events.

Race 1 Summary – Scott Lamp laid down the fast time in qualifying to put himself at the front of the field for the green flag. Throughout a handful of cautions, Lamp faced pressure from Max Cookson behind him until Daniel Williamson was able to move up into the runner-up spot. Williamson took a couple of peeks to the inside of Lamp, but some timely cautions and good jumps on restarts allowed Lamp to prevail as he led every lap on the to winning the first 50 lap feature. 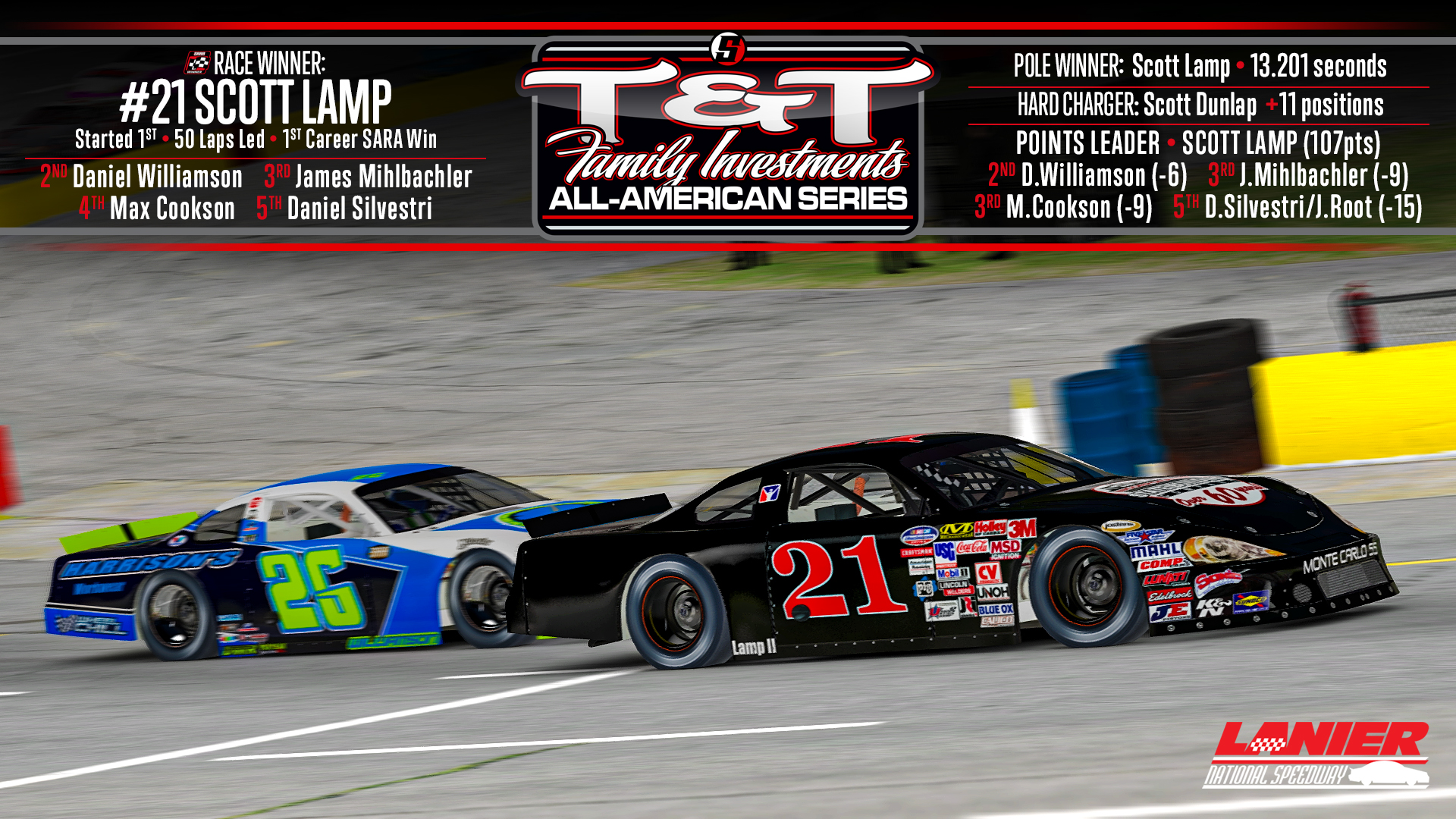 Race 2 Summary – A 10-car invert for Race 2 brought Scott Dunlap up to the point to lead the field to green. After the first yellow, Dunlap found himself trying to hold off a number of drivers including Matt Rolfe on the outside and Jeremy Root from behind as they ran two-by-two behind him. Root looked to the inside a couple of times, but eventually he was shuffled out of line as Devon Morgan posted a charge towards the front. Morgan made his move on Dunlap on lap 32 and was then able to pull away on the final run as he went on to lead 19 laps for the victory.

Points Battle – With finishes of 7th and 1st on the night, Devon Morgan puts himself atop the standings after Round 1. The Late Models will return to competition on July 9th with Triple Features.