Watch all of the action as our drivers take the spotlight.

Click a race name below to watch any of our previous Super Late Model race replays. 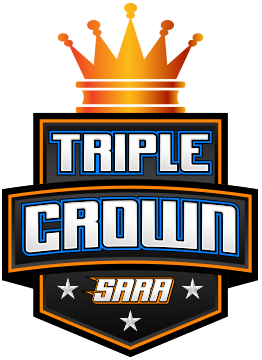 During the 2015 Summer Season, the RB Performance Super Late Model Series ran a trio of special events in the Triple Crown Series. The division took on three very different racing facilities, and the driver that performed the best came out on top as the Triple Crown Champion.

With finishes of 1st, 2nd, and 5th, David Krikorian ended up with the lowest combined finishes with a total of 8 points, and claimed the Triple Crown Championship.

Our unique all-star invitational sends the best drivers from all of our divisions into a single event to battle it out. The catch? We send all of the different divisions and cars out there at the same time, which makes for a crazy and wild event. A team twist places a driver from each division onto a single team, and the team with the lowest combined finish wins.

The 2016 version of the All-Star Clash staggered the release of each division, setting up a final dash to the finish in the late stages where a driver from each division had a shot to win.