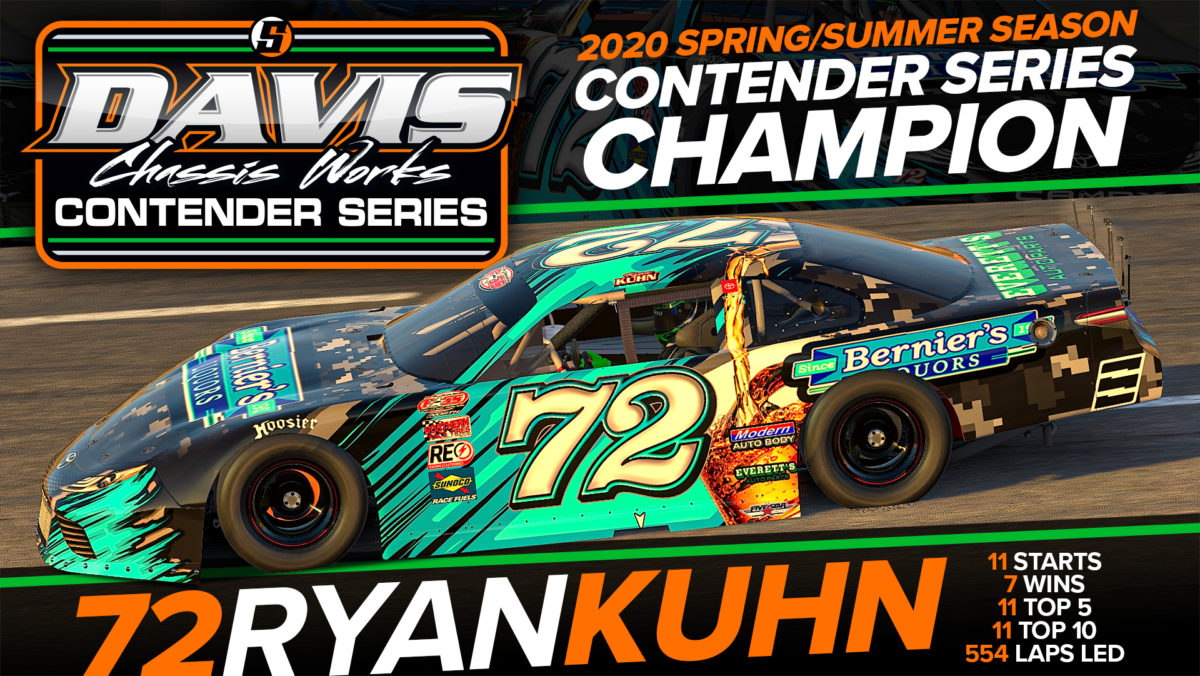 Heading into the final race of the season for the Contender Series, the championship had already been locked up as Ryan Kuhn consistently battled at the front all season long, securing the title with one race to go.

In the season finale at Lanier, Ryan Kuhn continued his success as he quickly made his way to the front and enjoyed a comfortable lead for most of the night as he would go on to pick up his 7th win of the season, finishing off his title season in victory lane.