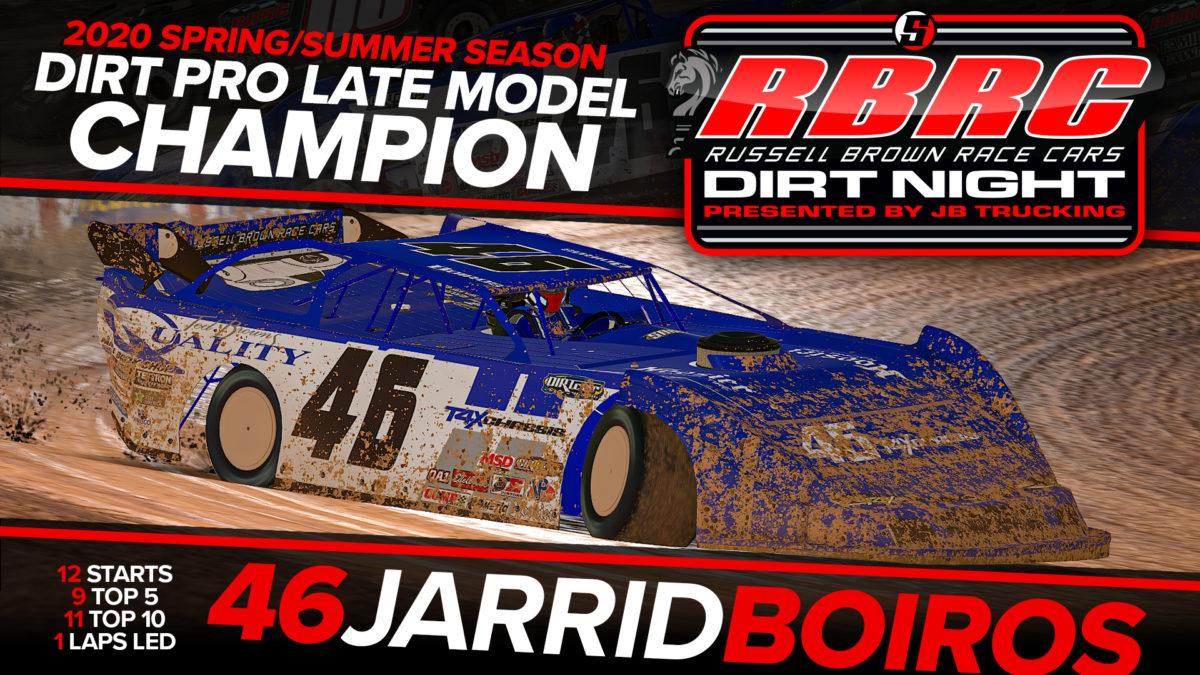 Heading into the final few races of the season, it looked to be a tight points battle between Jarrid Boiros and Russell Brown Jr. at the top of the standings. However Beau Brannon added his name to the fight as well as he knocked off a couple of late-season wins and closed the points gap. Entering championship night, all three drivers had a shot at the title.

In the season finale at Lanier, Beau Brannon did everything he could to steal the title away, as he would pick up his 3rd consecutive victory to close out the season. But he would come up just 3 points short, as Jarrid Boiros would also finish on the podium which would be just enough to hold onto the top spot in the standings to secure the title.