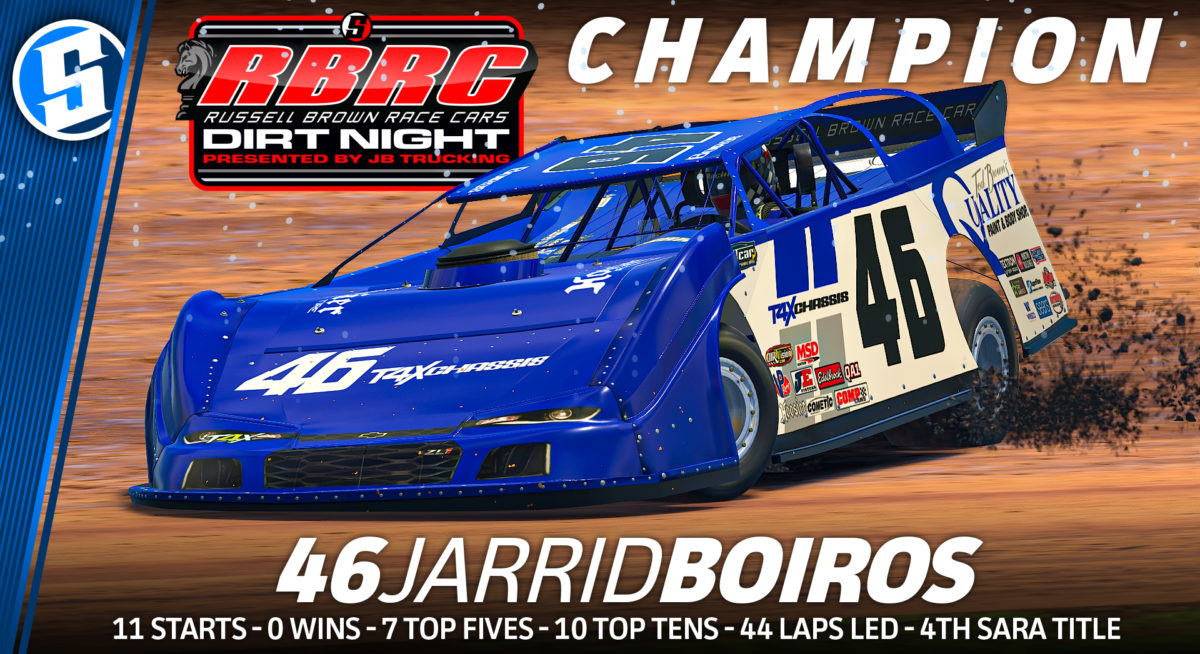 Points Battle: Entering the night Jarrid Boiros held a slim advantage in the points over Beau Brannon and Bryan Hacker. Brannon was able to close the gap but it wasn’t enough as Boiros’ 4th place finish was enough for him to hold onto the points lead for the championship.

Points Battle: After Derek Robinson’s Limaland victory in Round 10, he scored enough points to lock up the title, which was key as he would miss the final round of the season. But his performance throughout the season to lock things up early was crucial in securing the championship.