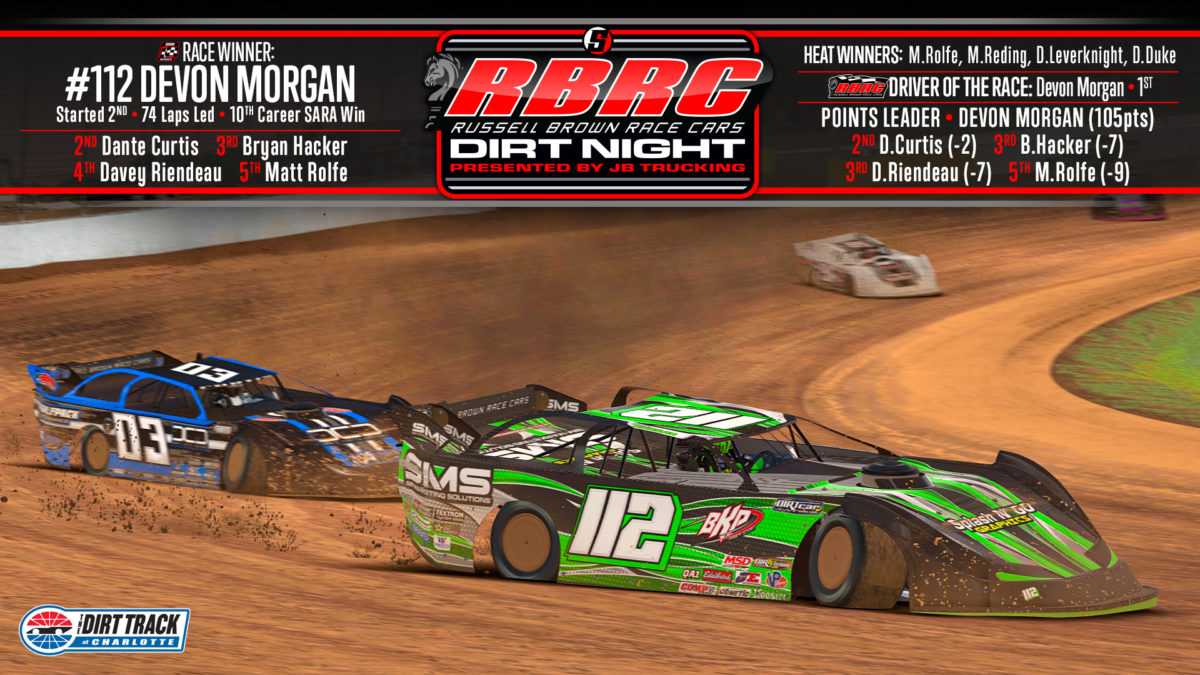 The new 2019 Summer Season opened things up last week with a double header in Charlotte as both the Dirt Pro Late Models and the 410 Non-Wing Sprints competed in a pair of Dirt Night features.

Dirt Pro LM Race Summary – For the 75 lap A-Main, TJ White led the field to the green but Devon Morgan quickly took over the lead from second. For the first half of the race, Morgan was in control, but around lap 40 he would slip up into the wall, opening the door for Dante Curtis to make a charge into the lead on lap 41. Curtis threw a slider, and Morgan pulled the crossover to retake the top spot before pulling back away to take the opening victory of the season.

Russell Brown Race Cars Driver of the Race – Devon Morgan was the highest finishing driver with the RBRC logos on his rear spoiler in 1st place. 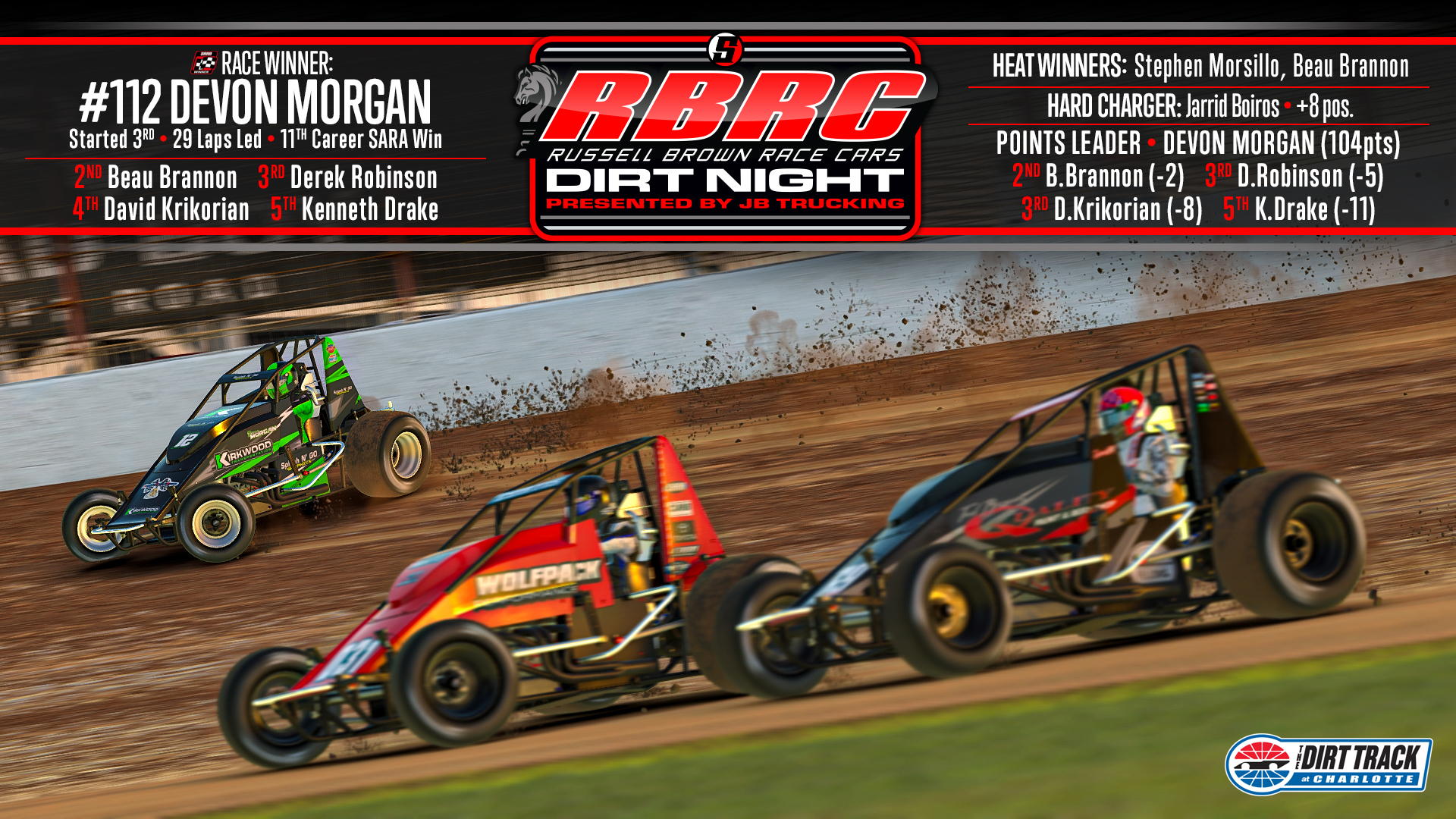 410 Non-Wing Race Summary – The 410 Non-Wing Sprints made their return to SARA competition with Dante Curtis leading the field to green. However once again, Devon Morgan would make his way to the lead in a hurry, rolling the high side to lead the first lap. Morgan and Curtis battled side by side for a handful of laps before Morgan eventually tool control of the spot. After a couple of cautions, Morgan would get big jumps back into the lead on the restarts, which allowed him to pull away for the victory, his second of the night.

Points Battle – With a pair of wins on the night, Devon Morgan leaves Charlotte with the points lead in both divisions heading into Lanier.