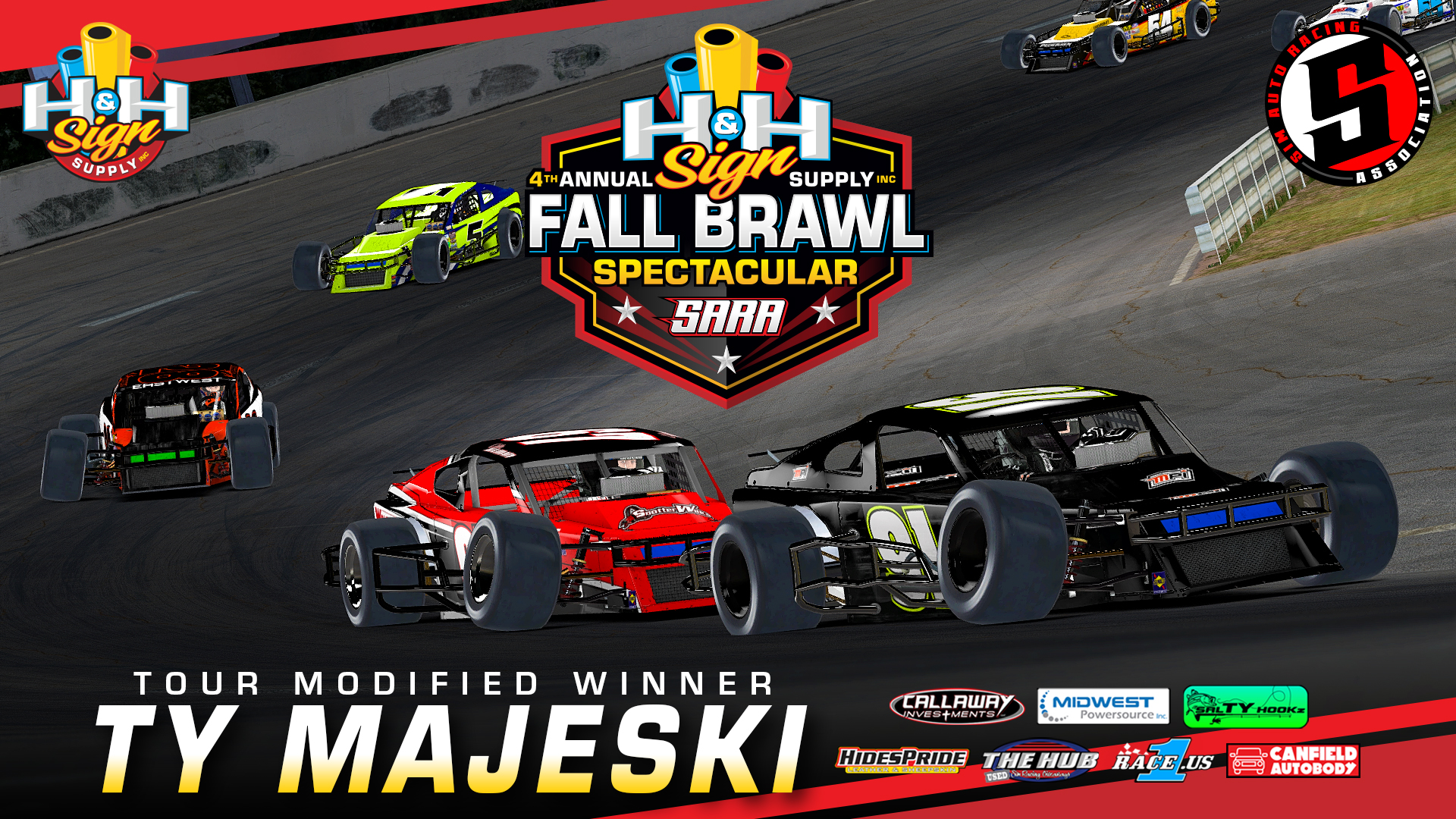 After kicking off the Fall Brawl event week in Volusia, the second night moved back to asphalt as the Tour Modified division started things off at Five Flags, with their own 175-lap feature. The night got started with Time Trials that locked in the top twelve cars, followed by a pair of Qualifying Races to set the remainder of the grid.

Race Summary – Colin Allman led the field to the green flag after picking up the pole, and in the early laps the top three began to pull away from the pack with Jimmy Mullis and Ty Majeski in tow. Eventually Mullis would begin to drop back, making it a two-car breakaway with Allman and Majeski. Majeski hung within a few car lengths of Allman throughout the first 75 laps, but he was involved in a lap 77 caution and was forced to go to the rear of the field.

With one set of extra tires available, the lap 77 caution saw drivers head down pit road for the first time to put fresh rubber on the car. This shook up the running order throughout the field as the pit cycle began, but Allman and others stayed out to maintain track position. During the next stretch, fresh tires proved to be valuable as Kyle Souza was the first car on tires to work his way towards the front of the field, and passed Allman for the lead on lap 112. Shortly after on lap 123 the next caution would fly, allowing the rest of the field to get their tires with 50 laps to go.

On the following restart Souza got the jump and looked to run and hide while the cars on new tires began slicing through the field. Allman was the first car in line with fresh rubber, with Keith Jeffery and Majeski not far behind, but a slight slip up from Allman on lap 134 allowed Jeffery and Majeski to get by, which would play a big role in the outcome of the race. As these cars worked their way forward, Majeski was the first one to reach Souza at the front of the field and took the lead on lap 146.

With Majeski out front for the final 30 laps, he would have the advantage of track position. Allman joined him at the front of the field by lap 155, and was all over his rear bumper looking for a way by, but a pair of late cautions hindered that progress. On the final two restarts, Majeski was able to get the jump, and held off the rest of the field and went on to pick up the Fall Brawl victory, rebounding from his earlier setback.

Up Next – The Callaway Investments Modified Series returns next Tuesday at Richmond for 100 laps.