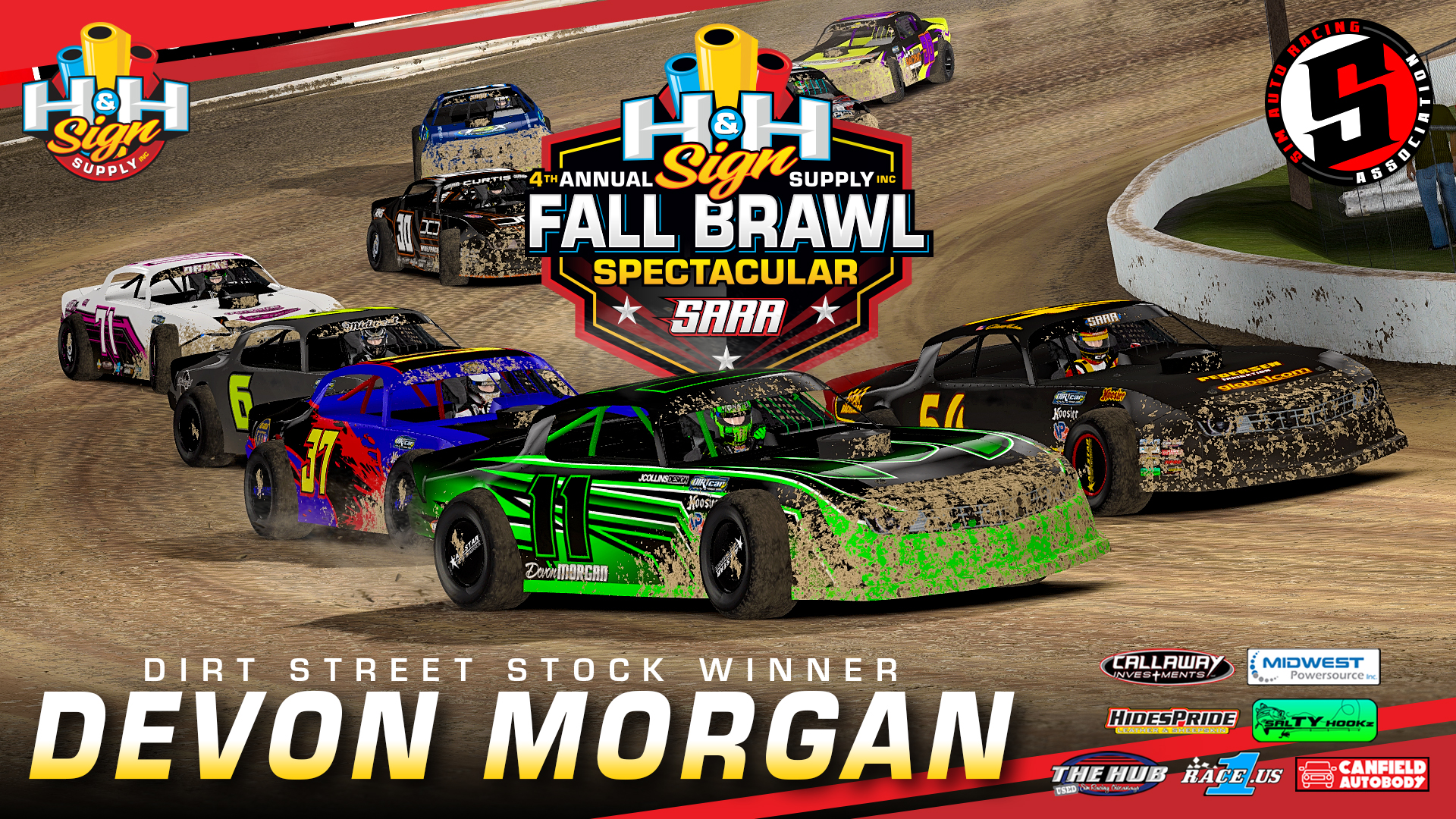 The 2018 edition of SARA’s biggest event week, the Fall Brawl, started off with a dirt race for the first time as the Dirt Street Stocks took on Volusia for 100 laps to kick off the week. The night got started with Time Trials that locked in the top eight cars, followed by a pair of Qualifying Races to set the remainder of the grid.

Race Summary – Dante Curtis brought the field to green and led for the opening 20 laps of the race. Behind him, Devon Morgan quickly charged up to 2nd, but as the battle for the lead heated up, a little contact opened up the doors for Christian Pedersen to sneak by to take over the top spot. A restart on lap 34 allowed Morgan to put the pressure back on up front, and after failing to get a run on the inside, he set around the outside of Pedersen to take the lead on lap 40.

This is where the Fall Brawl name took shape as the battle up front for the final 60 laps was a true brawl. Tim Bills followed Morgan up into 2nd, and began looking for a way past Morgan. Bills was able to look to the inside a number of times, but as the two drivers fought for the middle of the track, they would make contact more than once. Morgan would hold Bills down, while Bills slid up, allowing others behind them to join the fight. Bills would nose ahead a couple of times throughout the run but Morgan would maintain control.

A caution with 15 laps to go setup up a number of restarts in the late stages as cautions breeded cautions late. Morgan and Bills would tangle and both get into the outside wall on lap 88, but Morgan was able to maintain the lead. On the next two restarts, a pair of cautions would allow the outside car on the restart to gain a slight advantage to take over up front, with Pedersen gaining the lead for a few laps before the roles were revered and Morgan was able to retake the lead.

The final restart of the race set up a one-lap shootout to the finish. Morgan got the jump with Pedersen keeping a nose on his rear bumper entering the corner, but out of turn two Morgan was able to drive away with the lead, and came around to cross under the checkered flags with the victory after leading 55 laps on the night.

Up Next – Race1.us Dirt Night pres. by JB Trucking will be back next Monday night at Charlotte for 60 laps.