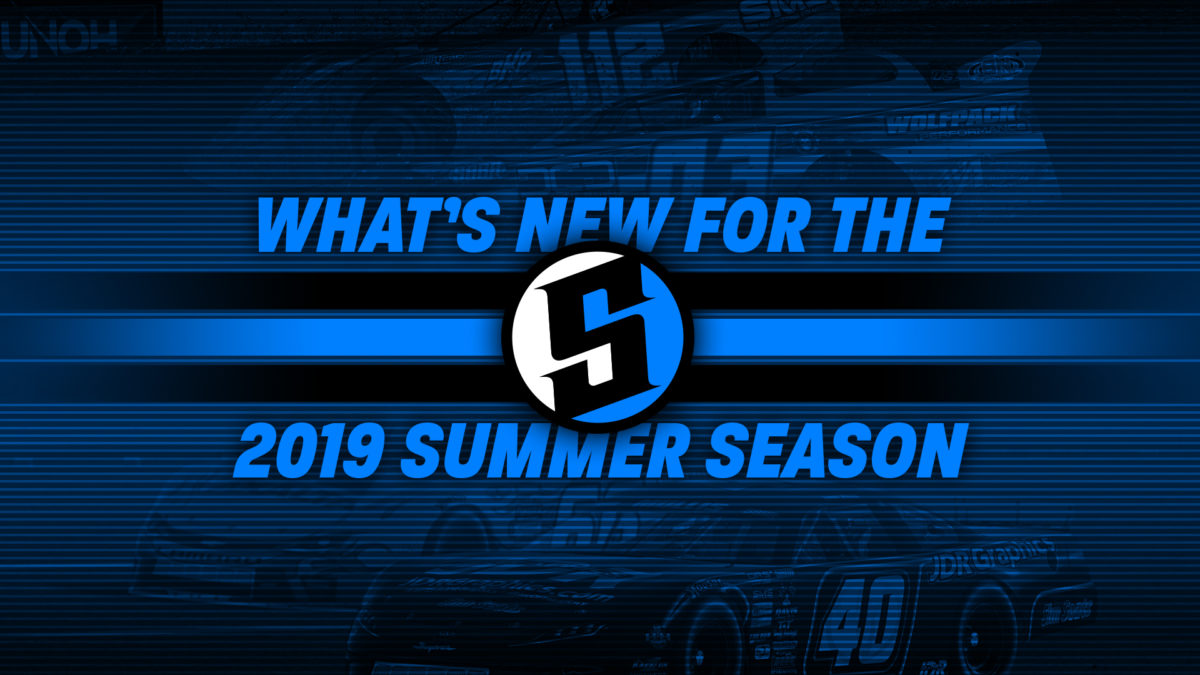 For the Russell Brown Race Cars Dirt Night presented by JB Trucking, the Dirt Pro Late Models are back once again this season with more fixed setup racing. Nothing has changed there, but this season we’ve brought back the Non-Wing Sprint Cars to the lineup with the 410 running as the second division eight times during the schedule.

After we had to cut the Modified Series a couple weeks short last season due to car counts, we took a step back and began planning our next Tuesday night series. We had a lot of requests for various cars to run, so it became clear that instead of trying to cater to one specific group, we decided to add a little something for everyone.

The new T&T Family Investments All-American Series will feature a trio of cars this season, including the Late Models, Street Stocks and the new SK Modifieds as they each compete on a rotating schedule. All three cars will race at Lanier each week, creating that weekly series feel that you’d see at most short tracks around the country.

Each week one of the three cars will be featured, and will run double and triple headers throughout the season. The first race each night will be set by Time Trials, and then the second (or third) race will use an invert from the previous finishing order. Each race will count for separate points, meaning drivers will have to be not only fast and consistent each night, but will need to avoid any post-invert trouble as they compete for the title.

The Davis Chassis Works Contender Series is back for it’s fourth season and will continue to serve as our secondary Super Late Model division, providing drivers a chance to gain experience, and race competitively, all while developing their skills and setups before taking on some of the league’s best in the Super Series.

Using the Contender Series as a secondary Super Late Model series, it features the same schedule, same laps, and same conditions as the Super Series. New this season, the Contender Series will add inverts and a winner handicap to the format, just like in the Super Series. The invert each week will range from 8-12 cars (split between races), and the previous week’s winner will be handicapped to start back in 10th position in their respective race.

The Dreamer Racing Super Series has become one of, if not the, toughest and most competitive short track series across all of iRacing, and we don’t plan on changing any of that.

Over the past couple of years, we’ve had the privilege of broadcasting all of our Super Series races each season, showcasing the drivers and the action to those who watch live or go back and watch later.

For the 2019 Summer Season however, we are going to take a break from broadcasting races, and will focus on the racing and action on the track. We intend to bring back broadcasts for the series in the future, and will also continue to do them for our major events such as the Fall Brawl in November.

This season for both Dirt Night, and the All-American Series, we will use iRacing Generated/Dynamic weather for all sessions. With the addition of Day/Night cycles on iRacing that allow us to start races in the sunlight and finish under the lights, switching to Dynamic weather will add to the realism in our Monday and Tuesday races.

The Contender Series and Super Series at this time will continue to have weather forecasts that will be posted on the website each week.

With the latest iRacing build, GWC finishes have now been added as a feature, and we will add these as a feature to our series as well. GWC finishes will allow us a couple of extra attempts to finish under green flag conditions, rather than under caution. We intend to turn on GWC finishes to all series if/when they allow it, so at this time we will start with the Contender and Super Series (Dirt Night and All-American Series that use Heat Race formats are unable to use GWC as of this post, but we believe it’s a bug that will be patched #soon). GWC finishes will be limited to 2 attempts this season.

*Our rulebook is in the process of being updated and will reflect the changes below soon.

New this season, we will be adding a Penalty Point system to the Super Series only, in addition to our existing Penalty System.

Penalty Points will be assigned to drivers found to be aggressive and/or at fault for incidents and cautions throughout a race, and after receiving a certain number of Penalty Points throughout the season, an automatic suspension will be enforced.

While our Gentleman’s Rule of claiming your cautions has worked well, there have been cases where drivers have caused multiple cautions throughout a season and claimed their cautions with no further penalty. The new Penalty Point system will now assign points to drivers that cause cautions, and if it becomes a reoccurring issue, even if claimed, it could lead to a suspension after reaching a certain number of Penalty Points. Unclaimed cautions will be worth more Penalty Points than claimed cautions, so there’s still a bigger incentive to claim them.

We are finalizing the numbers and details of this system and will release more info prior to this Thursday’s Super Series race.

Moving forward, penalties for Retaliation, Intentional Wrecking, and Contact Under Caution will result in stiffer penalties. They will be reviewed on a case-by-case basis, but any of the three will not be tolerated.

Negative Radio Chatter will also result in stiffer penalties this season. Drivers may choose to discuss incidents civilly after the race when both drivers have a chance to watch the replay, but drivers that get on the radio negatively towards others will have their chats muted and further penalties will be added.

During any practice or warmup, drivers are expected to exit their car in a safe place that doesn’t interfere with other drivers. We don’t expect drivers to drive to the pits every time, and we understand wrecks happen in practice, but drivers should pull up against the wall or down into the apron/grass in safe areas that are out of the way of competitors. Drivers that continuously cause incidents in practice that interfere with other drivers will result in penalties.