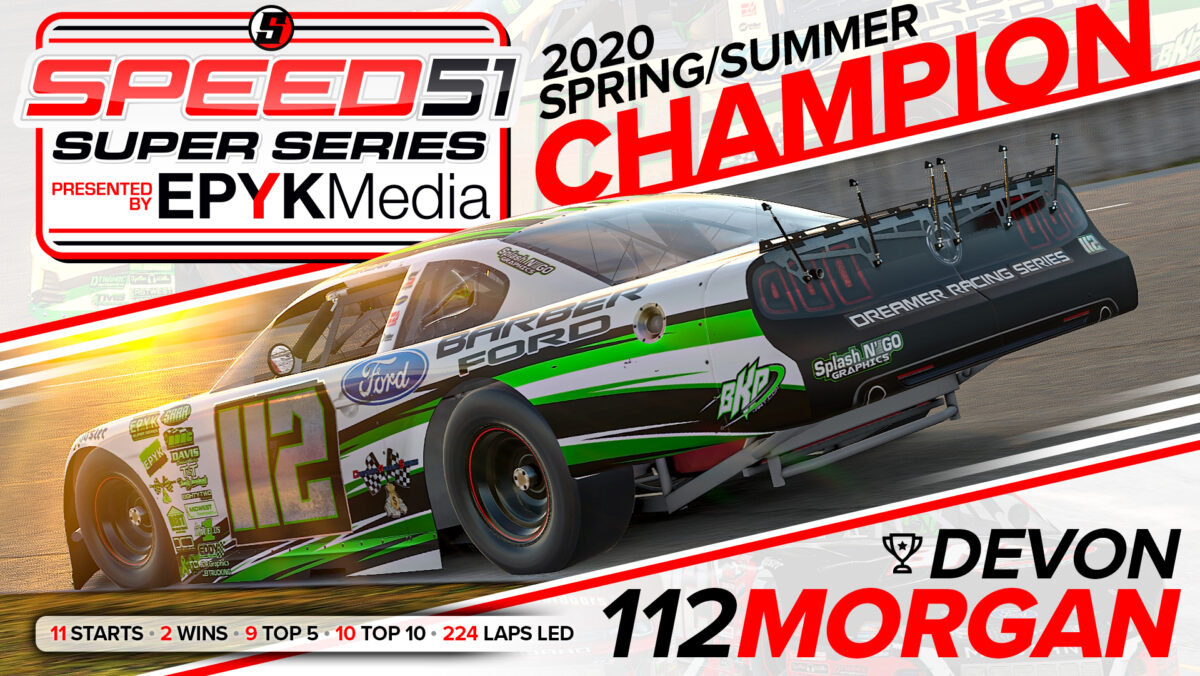 Heading into the final race of the season for the Super Series, Devon Morgan had already put himself in position to secure his third championship. However Casey Kelley and Jimmy Mullis both mathematically were still in contention, but would need a nearly perfect night to have a shot at the title.

In the season finale at Lanier, Morgan was unable to make the race forcing him to fall back on his strong finishes all season and a drop race to hold off the competition. Despite needing a nearly perfect night, neither Kelley or Mullis could take advantage, finishing 3rd and 6th respectively, allowing Devon Morgan to hold onto the points lead for his 3rd Super Series title.