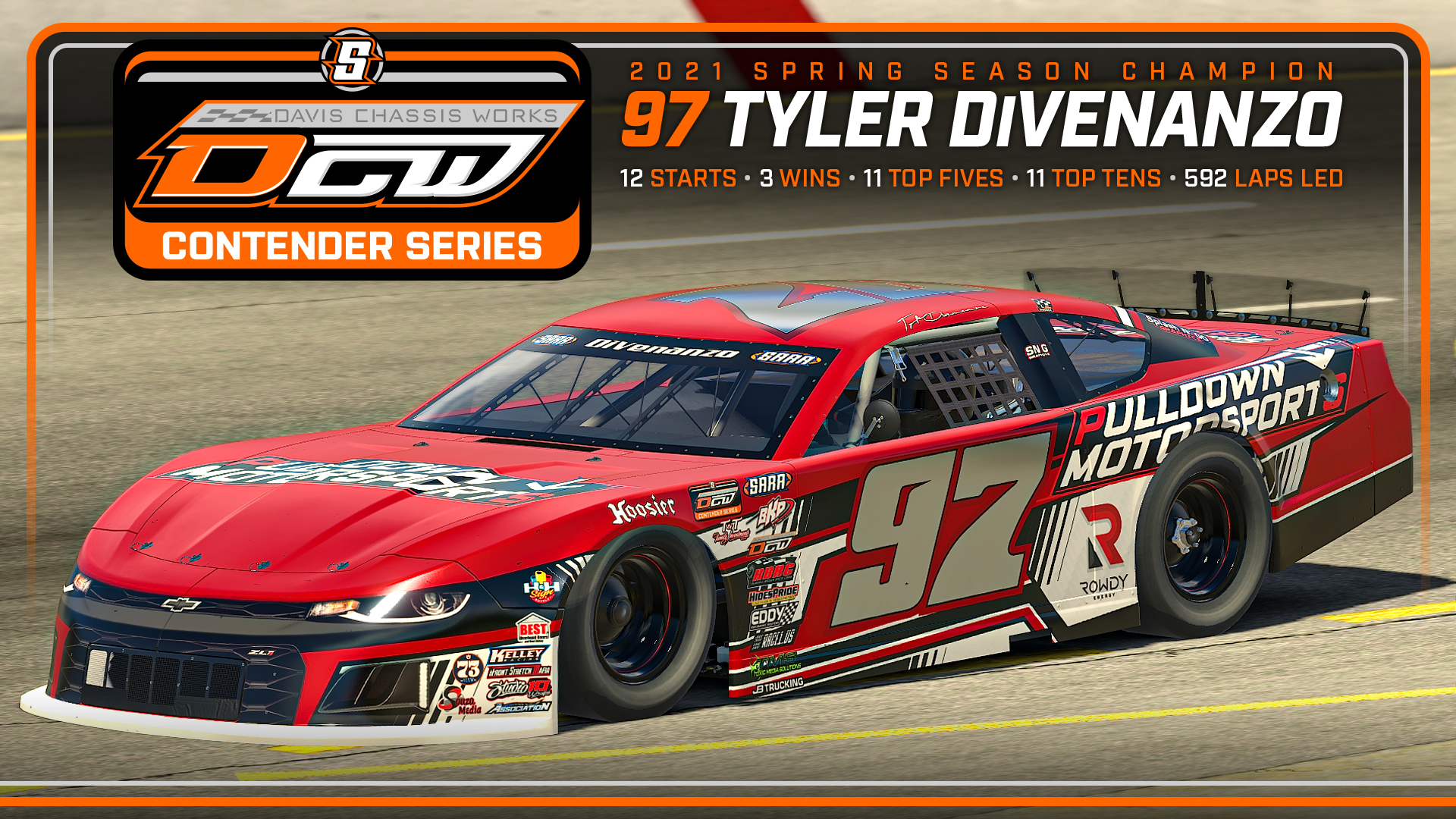 Entering the night, Robbie Kennealy led Tyler DiVenanzo by just 5 points in the standings, and after qualifying both drivers were placed into the same split to battle it out for the championship.

Early in the race, DiVenanzo was able to work his way forward and took the lead by lap 21, meanwhile Kennealy was stuck back in traffic and was having a hard time getting to the front. Throughout most of the event, Kennealy battled just outside the top five, before eventually working his way forward late for a 4th place finish.

At the front of the field, although DiVenanzo was leading laps, he was constantly being pursued from behind. He was able to withstand the pressure, and held on to pick up the victory while scoring enough points to overcome his points deficit to to earn the title.