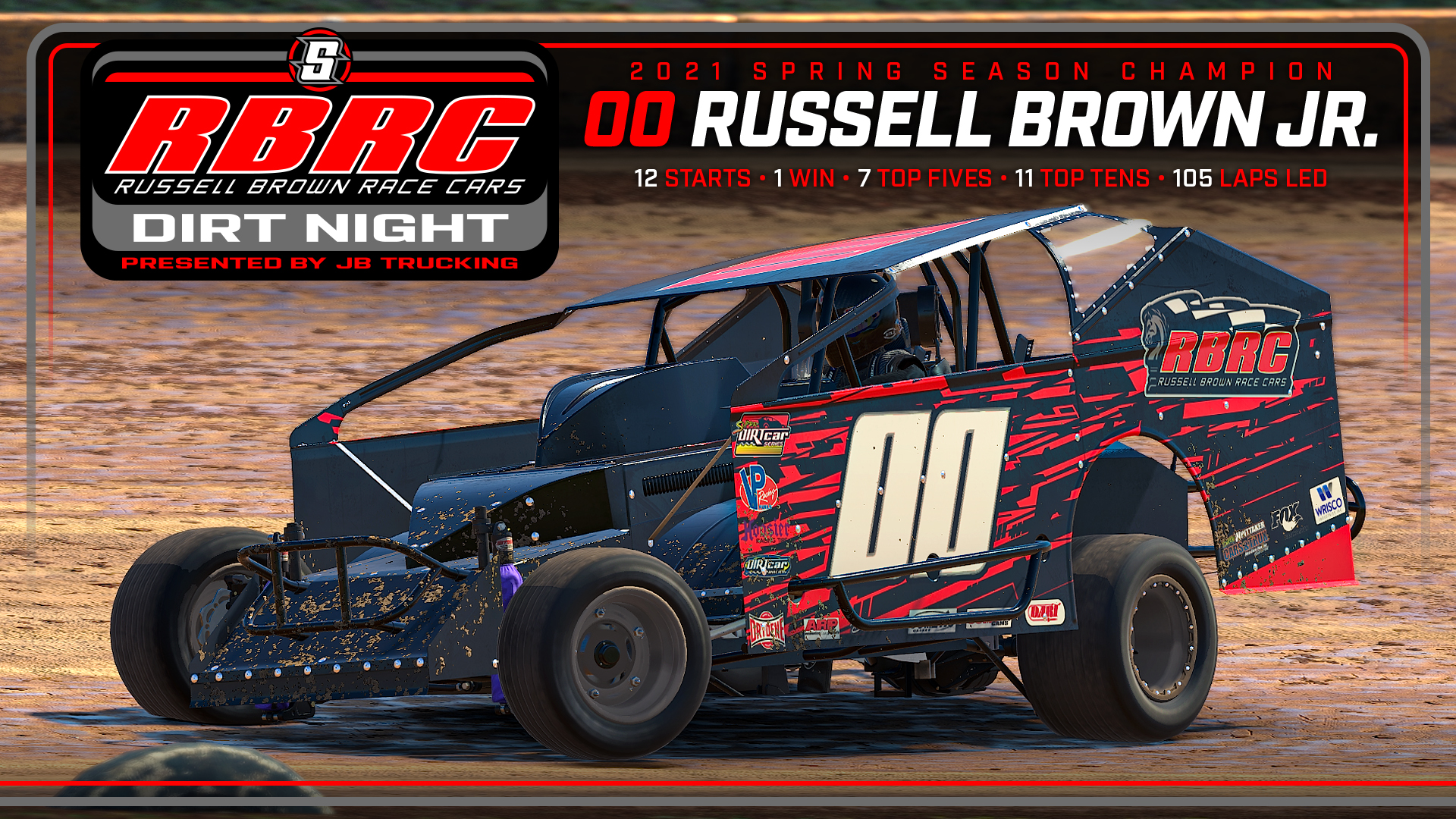 Last Monday night, the Big Block Modifieds battled at Cedar Lake in the season finale with a 75-lap feature.

Entering the night, Beau Brannon led Russell Brown Jr. by just 11 points atop the standings, and early in the race Brannon looked to be well on his way to victory after taking the lead on lap 16 and began to pull away. However after a mid-race caution, he would get too high in turn three making contact with the outside wall, ultimately forcing his night to end early.

This put things in Brown’s hands as he would need a strong run to make up the points deficit. Brown would take control of the lead in the second half of the race, and went on to lead the most laps of the race to secure some extra bonus points.

However as the laps wound down, Matt Rolfe made a charge to the front and was able to get by Brown with less than 5 laps to go, and Rolfe would pick up the victory, with Brown finishing in the runner-up spot.

After the checkered flag, and after all of the points were tallied, Russell Brown Jr. overcame the points deficit and was able to take home the championship by just 2 points over Brannon, which is the difference of the laps led bonus that Brown received during the race.