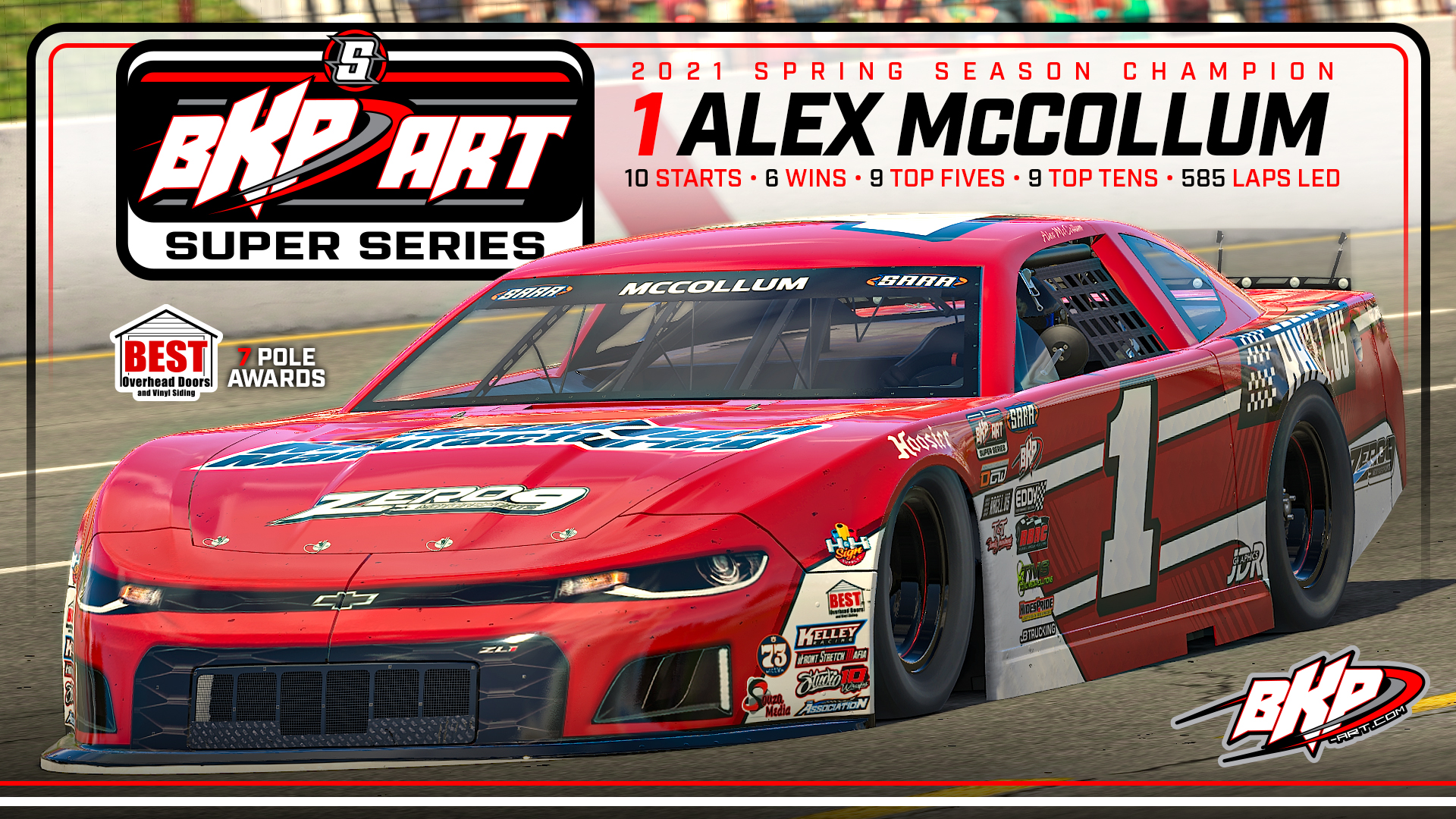 Last Thursday night the 2021 Spring Season came to a close when the BKP Art Super Series battled at Lanier in the Hides Pride 175.

Entering the night, Alex McCollum held a sizable lead in the points standings, but with no drop races to fall back on he would still need to stay out of trouble and have a decent run to hold onto the title.

McCollum was handicapped back to 10th to start the race, and once the field got settled in after the second restart, McCollum began his march towards the front of the pack. He quickly worked his way inside the top five, and then took the race lead away from Trevor Edwards on lap 37.

McCollum needed to hold the field off on a pair of restarts during the middle stages of the race, but had no problems setting sail out front as he pulled away by over 3 seconds by the time he took the checkered flag to cap off his championship season in victory lane.