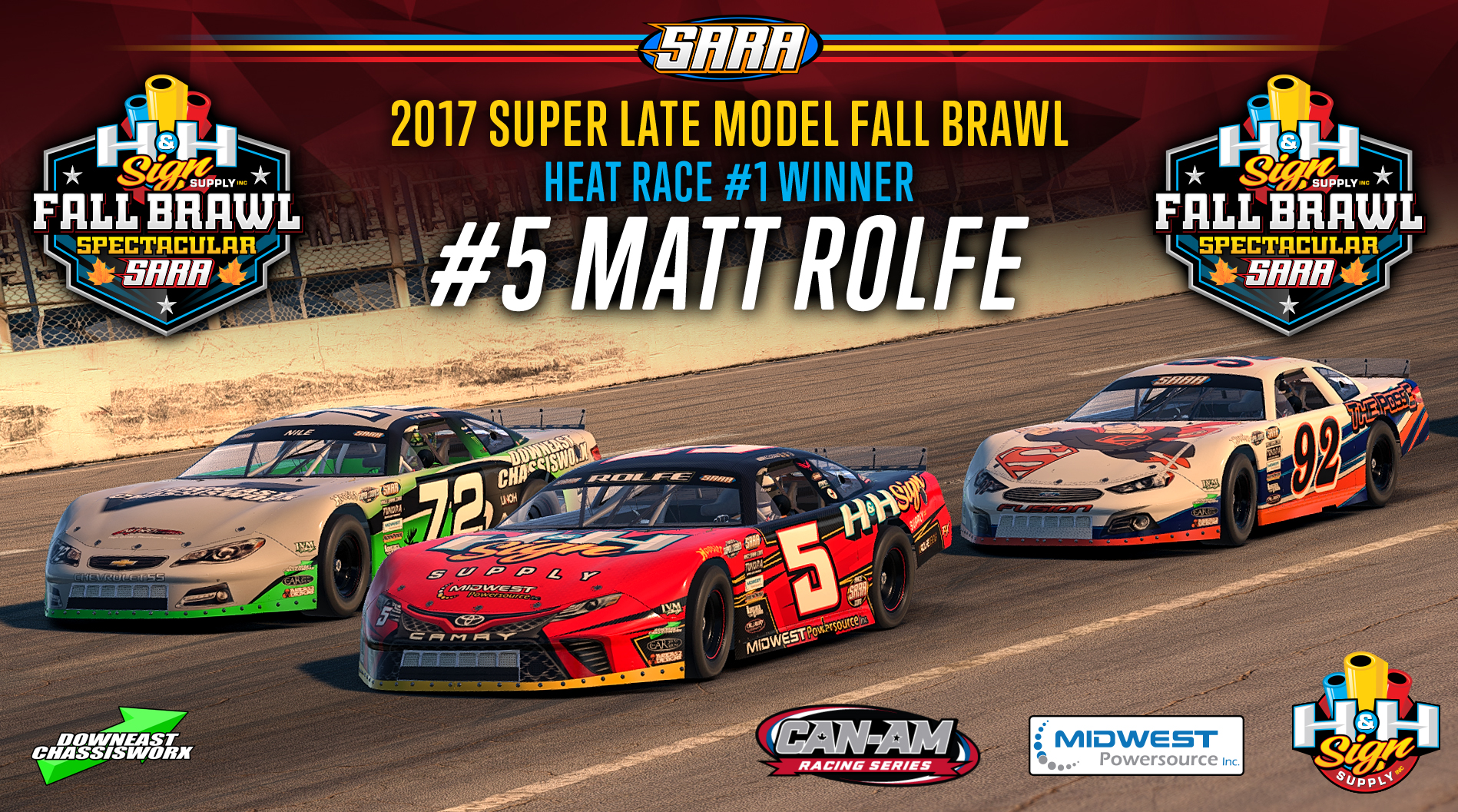 After two nights of support division features, it was time for the Super Late Models to roll out on track last night for their H&H Sign Supply Fall Brawl Qualifying Night. At the start of the night, 35 drivers would attempt to qualify for the feature event, but only 30 would make the grid for the 250-lap feature event later this evening.

Qualifying got started with Time Trials, where only the fastest 20 cars would lock themselves into the main event, while everyone else would be forced to race their way in. A handful of drivers spent time at the top of the speed charts during Time Trials, but some of the heavy hitters would go out later in the session as the lap times dropped. Joe Schaffer Jr. held the top spot with a lap of 15.616 seconds, until Tim Bills went out with just a couple cars remaining and jumped to the front to grab the Fast Time Award with a lap of 15.607 seconds. Bills and Schaffer would each earn $5 for their lap times as the top two cars in Time Trials.

With the top 20 cars locked in, drivers 21st-35th were split up and forced to run a C-Main and B-Main to try and make the show. First up was the C-Main with 8 cars battling for a top five finish to advance to the back of the B-Main. Travis Houck led much of C-Main until Clay Snider and Matt Eddy worked their way by, and Snider went on to take the win. Snider, Eddy, Houck, Zachary Onan and Mark Welch would transfer to the back of the B-Main and would still have to race their way forward for a shot at making the feature.

Directly following the C-Main, the B-Main rolled out onto the track with drivers that had qualified 21-27th, plus the five transfers, where again only 5 cars would transfer through to the feature. Derek Robinson led the field to the green, but not long after Samuel Roush was putting the pressure on and made his move to the bottom. Robinson hung to his outside for a number of laps as the two ran side-by-side, but eventually Roush would grab the spot away to win the B-Main. Robinson, Darrell Hamlin, and Hunter Combs followed him to the line as a incident on the final lap effected the final transfer position. AJ Rogers held the 5th spot until entering turn three on the final lap as Kevin Berg got into the back of him as both cars wrecked, and Clay Snider was able to sneak by and came across the finish line in 5th for the final position. 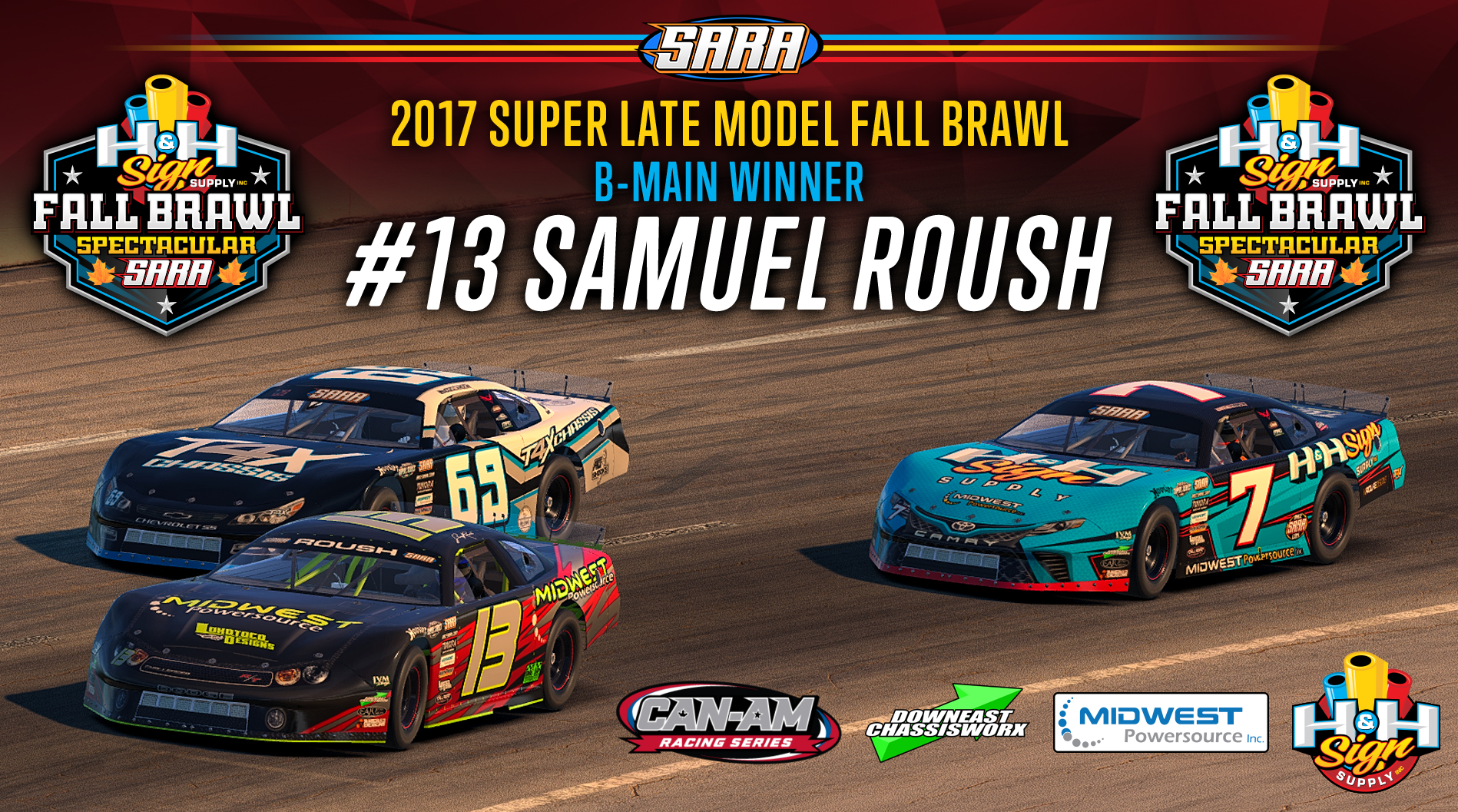 The top 20 qualifiers from Time Trials had locked themselves into the race, but they too would have to race it out to officially determine their starting spots for the feature event. The field was split in half and inverted for the Heat Races, putting fast qualifiers Tim Bills and Joe Schaffer Jr. at the back of their respective Heat Races.

In Heat Race #1 after the invert, Ben Nile would be brought to the front of the field for the green flag. Nile jumped out to a quick lead but as the laps ticked off it looked like the handling began to go away allowing Matt Rolfe to catch up to his rear bumper. Rolfe was able to force Nile up the track to take over the lead, with Ty Spearman and others following him through. For the rest of the Heat, Ty Spearman remained about a car length behind Rolfe for the lead, but couldn’t make it happen as Rolfe would take the checkers which also earned him the 1st starting position for the 250-lap feature, while the rest of the field will line up directly behind him on the inside row.

In Heat Race #2, Adam Benefiel benefitted from the invert to start up front, and wasted no time in getting the jump out front. He would begin to easily pull away while the rest of the pack behind him began to battle it out for positions. Dallas Pataska was able to settle into the 2nd position during the run, as the battle heated up for 3rd. Kyle Souza held the spot in the closing laps until Joe Schaffer Jr. was able to nose ahead of him at the line to take the spot. But it was all Benefiel out front as he coasted to victory, earning him a front-row starting spot in 2nd, while the rest of his Heat will line up behind him.

The grid is set and the 2017 H&H Sign Supply Fall Brawl Spectacular will go live tonight at 9:30 PM Eastern for 250 laps of racing to determine the champion. 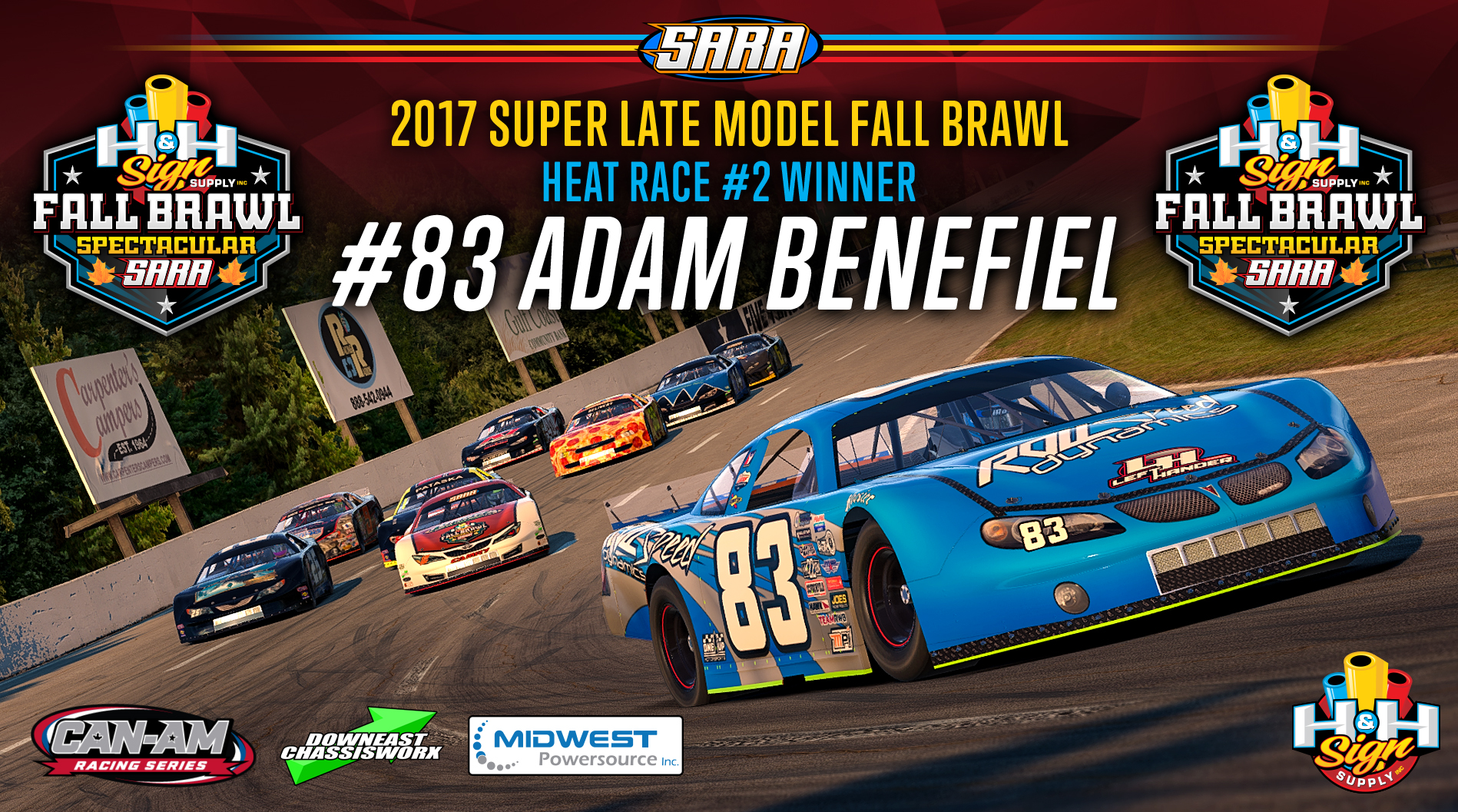