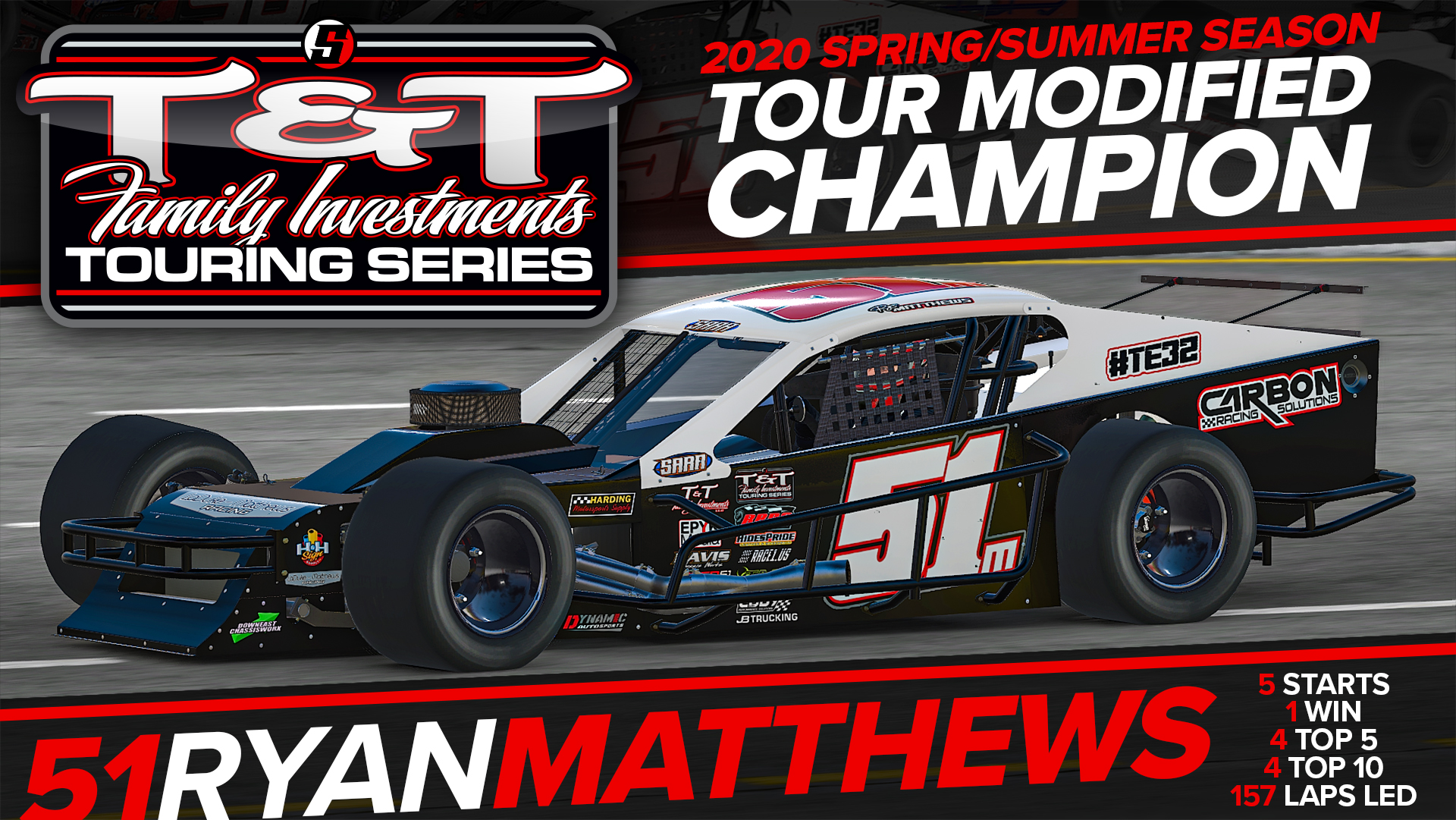 Heading into the final race of the season for the Tour Modifieds, two drivers put themselves at the top of the standings and would battle it out for the championship. Ryan Matthews entered the night with a slim 4 point advantage over Kyle Souza.

In the season finale at Lanier, the two championship contenders found themselves at the front of the field early in the race, but Souza would grab the lead first and pulled away. However a late caution set up a green-white-checker finish. Matthews quickly got down in behind Souza in 2nd but couldn’t make a move, and Souza would hold onto the victory.

Although Souza took the race win, with Matthews finishing in 2nd it was enough to hold onto the points lead by 1 single point to take the title!