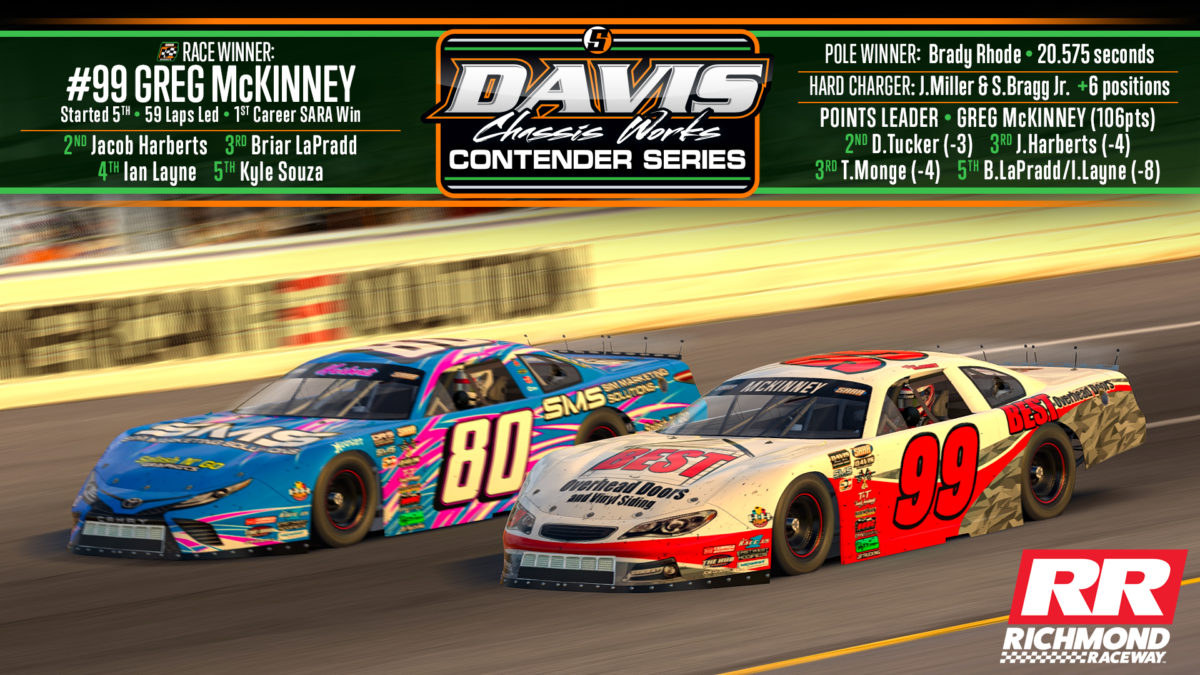 In the season opener for the Contender Series, a total of 47 drivers unloaded their cars and would be split into a pair of 100 lap feature events.

Race 1 Summary – In Race 1, Michael Goddard led the field to the green after an invert, but in the early laps, contact from Tony Monge resulted in both cars at the back of the pack. This let Dalton Tucker inherit the top spot where he would lead the next 64 laps. However behind him, Monge was charging back up through the field, and on lap 73 he would make his move into the lead. Monge then held off the field over the final 31 laps on the way to his first SARA victory. 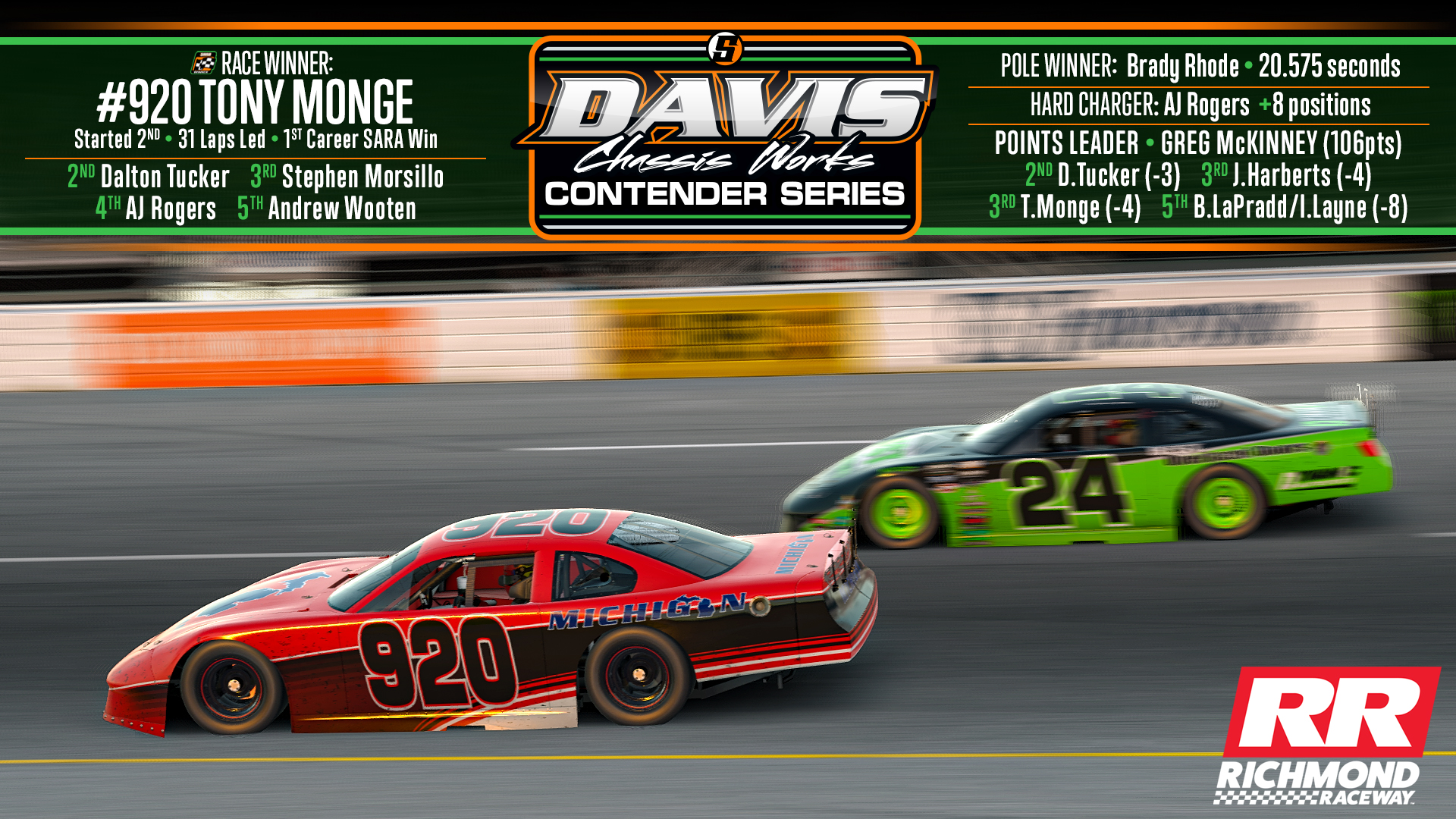 Race 2 Summary – In Race 2, Ian Layne made his SARA return and was inverted to the front. Layne led the opening 32 laps before Jacob Harberts rolled the outside groove into the lead, with Greg McKinney following him through. McKinney had been looking under Harberts since the early laps of the race, all the way through lap 42 where he was finally able to complete the pass. The race would go caution free, and McKinney used that to pull out to a 4.5 second gap to pick up his first SARA victory.

Points Battle – After Round 1, Greg McKinney holds a slim advantage in the points after his win, as the series returns July 3 at Stafford.